From a contest developed for De Mãe para Mãe, sponsored by Vertbaudet, the “O Bebé Mais Feliz do Mundo” (The Happiest Baby in the World) was born.
In honor of mother’s month (May), De Mãe Para Mãe – the largest website and community of mothers in the country – conceived an idea to find the happiest baby in the world.

Anyone could participate in this contest, simply by sending in an original video of a very happy baby. The video was sent in through the contest’s official website, by simply uploading it or by recording a video at that time, using the computer's webcam. Once the happiest baby in the world was filmed, the upload was automatically sent to the site and became available for everyone to see and cast their vote.

To ensure the availability of this contest on multiple devices simultaneously, such as PC, tablet and smartphone, the website was developed using Responsive Web Design (RWD) techniques. Therefore, the site adapts itself to the size of the device on which it is being presented, thereby offering a better user experience. Whether it was being viewed on a PC, tablet or smartphone, users could submit their participations, view all videos, comment and vote on competing videos.

In the contest’s backoffice, there was a platform that converted and optimized the various formats of all submitted videos (FLV/F4V, MOV/MP4/QT/M4V, AVI, 3GP, ASF/WMV, MPG/M1V/M2V, MKV, Ogg, RM, WEBM) into the formats required to be displayed, regardless of the system used (Android, iOS, Windows Phone, Windows, Linux, Mac, etc.). There was also a feature that enabled the client to moderate and approve the submitted videos.

In addition, we developed a native app for iOS, with separate versions for iPhone and iPad, taking advantage of the different sizes of each device. With this app, you could also use the iPhone and iPad camera to record a video and submit it to the contest’s site.

As expected, the contest was a success. During the month that “The Happiest Baby in the World” lasted, there were more than 100 participations and the contest’s site received more than 25,000 visits over those 30 days. 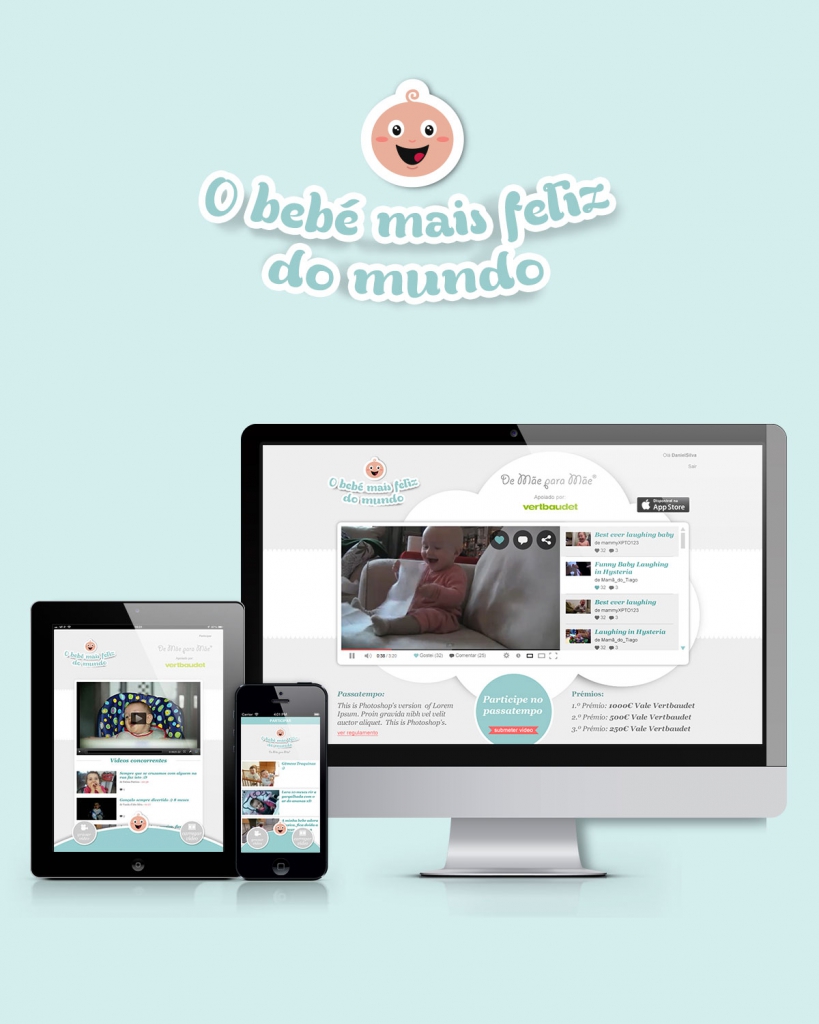